immy Bonds, born Jawara A. Lee (Sr),  was born and raised in Washington DC. He is the son of the late Pastor and Educator Akosua Russell and the grandson of a great, renowned jazz musician. His roots are diverse which has birthed an ability to weave his gifts and talents into many facets within the entertainment industry. Born in the early 1980’s his love for the arts and performance was evident from his first performances in Howard University Children’s Theater (HUCT). A smooth 6 when he joined,  HUCT was the place in which he further developed and learned stage technique, presence, theory and history of the many artists and creators that came before him.

So many summers in Ira Aldridge Theater on HU’s campus learning the craft and travelling around the country performing yielded many blessed opportunities. The Washington International School (WIS) is where Jimmy was exposed to many different cultures and ethnicities. His school experience enhanced his worldview and perspective and WIS only continued to expand and propelled him to consider and trust his abilities beyond where he was born and educated.

Jimmy succeeded in banking and media for many years, continually pursuing creative outlets, performing and making music until he moved into entertainment exclusively just before the birth of his daughter. A near death  experience made this an immediate priority, in which Jimmy has erected two studios, one podcast, one Jr and a literal library sized crate of music. Jimmy is consistently integrating the richness of his experiences into every aspect of his Art, with the decree to STAY UP!! DON’T SLEEP ON YOUR DREAMS!! 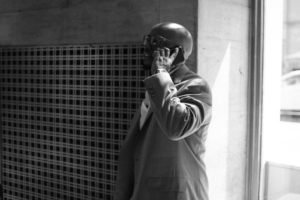